THE TRUTH ABOUT LIBYA: TORONTO CONFERENCE

Mahdi Darius Nazemroaya – Independent journalist who just returned from Libya, and Research Associate of the Center for Research on Globalization – GLOBAL RESEARCH http://www.globalresearch.ca/

(NOTE: Recording stopped because tape space ran out during speech, recommended further research check out What Really Happened in Libya? – Mahdi Nazemroaya on GRTV http://youtu.be/nsKx7kbvkJA Get the truth out)

“We will stay in Benghazi until the liberation of Libyan cities and then, after, we will make an announcement and move to Tripoli,”

Fighting continues raging throughout Libya, and many clashed have been reported in Tripoli.

“They could be made to accept the most flagrant violations of reality…and were not sufficiently interested in public events to notice what was happening” George ORWELL . “1984”

This sentence from 1984 describes very well how it is easy to deceit People by producing fake news and disguised lies if the same People don’t have access to alternative Medias.

Nigeria protests killing of its nationals in Libya 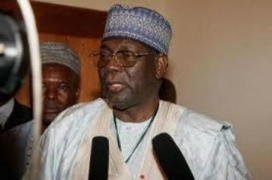 Nigeria is protesting to Libya’s Transitional National Council (TNC), Britain and France the killing of its nationals in the troubled North African country.
Minister of Foreign Affairs Amb. Olugbenga Ashiru abandoned a church service yesterday to take distress calls of Nigerians in Libya, including their co-ordinator, Mr. Daramola Siji.
Nigerians are being attacked in Tripoli, Benghazi, Gath, Agadez and Sirte, the hometown of the embattled Libyan leader, Muammar Gaddafi, whose 42-year grip on power has been removed by a six-month insurgency.
A source said: “Unharmed Nigerians are being killed in tens for no just cause. In some instances, they rape Nigerian women before shooting them to death.
“Yet, this is the same TNC that the Federal Government is backing in Libya. The blacks are not involved in Libyan crisis; they do not deserve this massacre.”